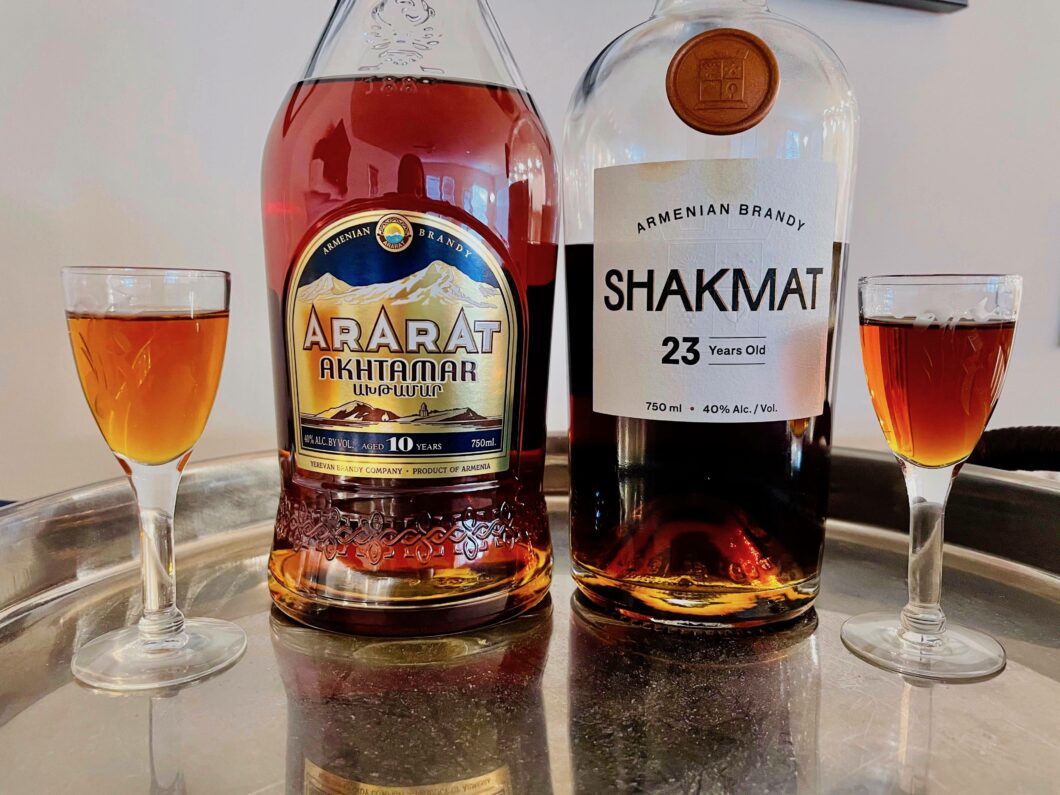 Armenians love brandy, even if they don’t always realize it. I certainly didn’t until I decided to look a bit deeper than the bottom of my snifter.

The encouragement came from our daughter Mandy, who asked me to write a post about Armenian brandy for Father’s Day. I don’t know if that was a hint to keep an eye out for the FedEx truck, but I hope so.

She sent me a bottle of very special Armenian brandy called Shakmat last Christmas. It’s so special in fact that I’m still sipping it. I’ll tell you more about it after I share some thoughts that came to me while doing just that.

My affinity for brandy is recent because I didn’t hear much about it when I was young. Amber-hued Armenian brandies were less common in America when I was growing up.

By necessity, the immigrants of our grandparents generation were into hand-crafted artisanal spirits long before it became fashionable. Strangely, fermenting raisin mash in a bathtub never has become fashionable but that’s what they did.

Robyn vidily recalls the pungent odor that alerted the neighbors—as well as the authorities—whenever her grandfather began to run a fresh batch through his still.

The end product was a clear but remarkably potent potion called oghi in Armenian, also familiar by the Arabic name arak. Either way, it fits Webster’s definition of brandy as “a liquor distilled from fermented grapes or fruit juice.”

Just to be sure, I looked up oghi in my Armenian-English dictionary. Sure enough, it translates to “brandy.” But here’s where my brain gets a bit fuzzy for reasons other than the brandy’s effect: Ask for oghi in Armenia today and you’ll likely be directed to the “vodka” aisle.

At first this seems to be some vestigial Soviet influence. But Armenian vodka isn’t extracted from potatoes, or grain. It’s really brandy—and truly Armenian—because it’s made from the fermented juice of the country’s abundant fruits such as mulberry and apricot.

That gives me sufficient grounds to rule in favor of brandy as this evening’s libation, but which one? The bathtub’s empty and we don’t have a mulberry tree so I’ll settle happily for a commercially prepared bottle.

Full disclosure: I’m hardly a brandy connoisseur and I’m not likely to become one for the same reason that you can’t rely on me to choose the perfect dinner wine or to tell from across the room whether the toast is burnt. I have no sense of smell. It disappeared about 10 years ago and didn’t leave a forwarding address.

As a result, Robyn and Mandy are the Kitchen’s official testers. I’m a reliable guide to basic tastes and texture but I’m off the scent when it comes to aromatics. That leaves me out when the discussion of any drink turns to matters of nose or floral notes.

The good news is that I can still appreciate the good stuff because I know what goes down smoothly and what doesn’t. I know what’s too acidic, or too sweet. Most of all, I know what makes me happy and Shakmat definitely qualifies.

My Armenian brandy choice until now has been Ararat, the best-known and most heavily promoted brand. Every Armenian knows it was said to be Winston Churchill’s favorite.

I was delighted to discover a variety of Ararat brandies at our local liquor store here in South Carolina. I enjoy three-year-old over cut fruit and as a marinade for lamb, while 10-year-old Akhtamar is perfect for long, slow sips by the fireplace on a cool evening.

At least, it seemed perfect until I was shocked by how eagerly my tongue welcomed Shakmat.

I had somehow failed to stay on top of developments in the brandy world so I was surprised when Mandy told me Shakmat (the Armenian word for chess) is backed by Alexis Ohanian. At least I know who he is: He’s married to Serena Williams. Also, he made zillions as co-founder of Reddit and is passionate about the Armenian heritage he shares with his father.

Ohanian launched the brand with a limited batch three years ago, pledging to donate a portion of each sale to the Armenian Tree Project. He said that he wanted to offer a taste of Armenia to the world.

I was impressed enough to offer a taste of Shakmat to several friends, alternating with samples of 10-year-old Ararat. I didn’t tell them what they were drinking. Shakmat came out on top in this very unscientific test.

That’s not surprising considering that Shakmat was mellowing in its casks long before Ohanian reached legal drinking age. Each bottle is 23 years old, which tilts the bar enough to risk spillage in any comparison to 10-year-old Ararat. It’s also significantly more expensive at more than $100 for a 750 ml. bottle versus $50 for Akhtamar.

So clearly, a bottle of Ararat’s 30-year-old Erebuni brandy is essential for a follow-up post. (Note to Mandy: that’s a hint!) 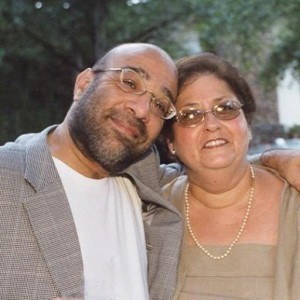 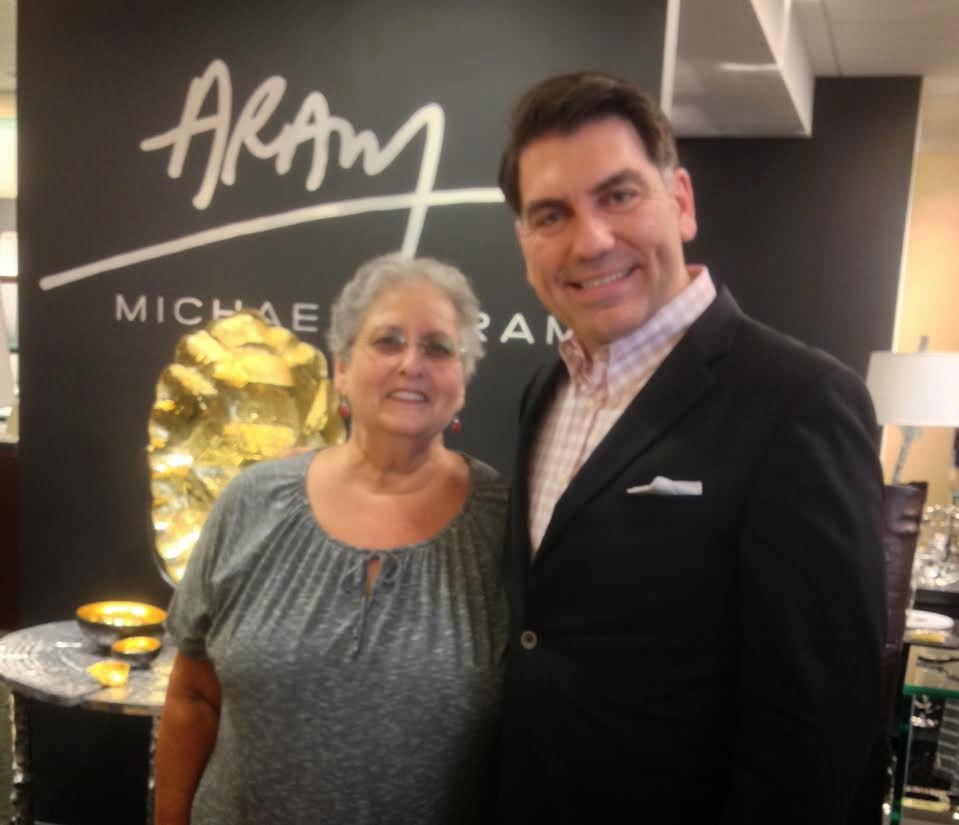 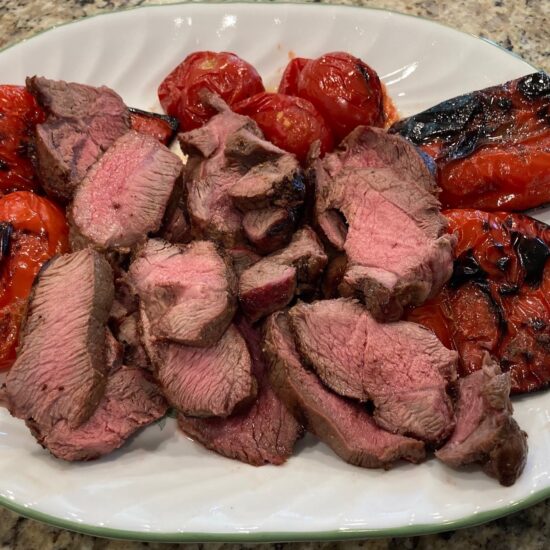 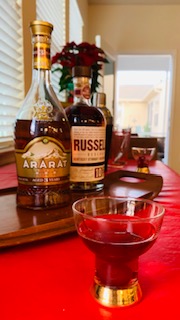