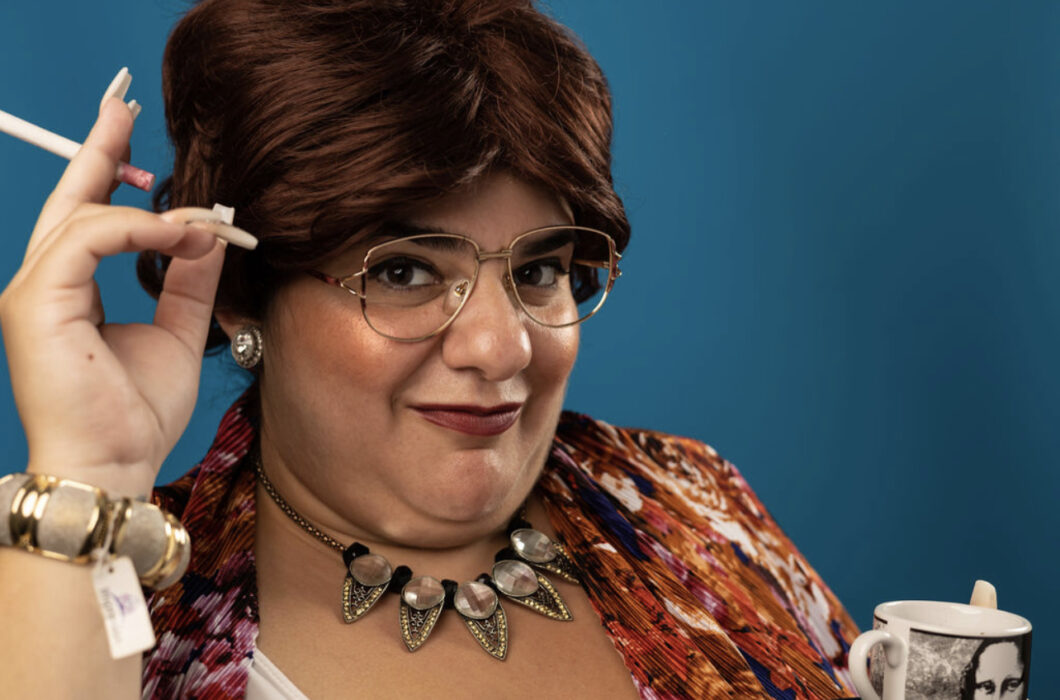 I didn’t grow up with many Armenian friends. I was raised in South Florida where the average age at our church was 60+. So I’d like to think that if I was raised in Pasadena, California, comedian Mary Basmadjian and I would have been best friends – we’re both creative, sassy and never played sports. A match made in BFF heaven.

The only problem, other than not being anywhere near her, is that I didn’t know of Mary until last year when I found her on Instagram. She’s a rising star in the Armenian diaspora, with 50,000+ followers. She gained 20,000 of them in the past year when everyone, especially Armenians, needed laughs.

Mary’s fans become quickly addicted to the serotonin boosts delivered from her over-the-top, short videos. (Thankfully for me, they have English subtitles.) The two main characters of Mary’s pieces are Vartoush Tota who The Armenian Weekly described as “a sharply accurate parody of a typical Armenian immigrant” and “Piso” who is a young, spoiled American-born Armenian girl who aspires to be as shallow as possible.

She uses her platform for more than just laughs. She weaves into her narrative lessons about the Armenian alphabet, advice on safe Covid protocols and messages of inclusivity. She also promotes reputable charitable organizations, including the Children Of Armenia Fund.

Here are four things I learned when I spoke to Mary about Armenian Food:

1. Mary’s family is connected to some of the best Armenian restaurants in California. Mary and her immediate family don’t cook. They don’t need to because they have relatives with highly-rated middle eastern restaurants near them. Her uncle and his family own and operate Sahara Middle Eastern Cuisine in Pasadena and it has dynamite reviews on Yelp. Her dad’s cousins own Mini Kabob in Glendale, which also has rave reviews on Yelp. It also has an active Instagram page with an impressive following. I knew of Mini Kabob because it’s frequently written about in the media and adored by famous chefs, including David Chang, owner of the Momofuku empire. In March of 2020 Chang tweeted about Mini Kabob, “They represent the very best of LA.”

2. Her favorite Armenian foods are the basics – Kef & Kanachi. Mary likes to keep it simple. Classic “kef” Armenian picnic-style food: simple chopped salad, khorovatz / shish kebab, pilaf, grilled vegetables, and “kanachi”. (Kanachi is shorthand for a variety of whatever fresh herbs and vegetables you have on hand that you roll in lavash bread, preferably with feta.)

3. She thinks the Zankou Chicken chain in California is “Bomb,” AKA awesome. The chain is owned by Armenians and, according to Mary, it’s a SoCal must. A Google search reveals everybody LOVES their garlic sauce. Tip: Know in advance whether whomever you go with will eat (correct) or not eat (incorrect) the garlic sauce. Be on the same garlic level, breath-wise.

4. She wants to learn how to cook Armenian food. YES! Mary has a new apartment she shares with her sister. The kitchen is lovely, but it currently only has a microwave and an air fryer. Mary wonders: Can you make boreg in an air fryer? I have no idea. But fried boreg sounds “bomb.”

Talking with Mary rekindled my desire to road trip through California, visiting Middle Eastern grocery stores and restaurants. Maybe I can convince her to join me. While I’m in town, I can teach her a few recipes while we catch up on the past 30+ years of each other’s lives.

More importantly, if Mary’s trajectory keeps on this path, she could unseat the Kardashians as the default reference for Armenians in America. We can do our part to help make that happen by following, liking, commenting on, and sharing Mary’s Instagram and (new) TikTok content. She also offers funny personalized videos which make great gifts for friends and family.

And anyone can be a patron of the arts and donate money to her Venmo account (@marybasmadjiancomedy). She and I are going to need a way to pay for our Armenian food road trip. 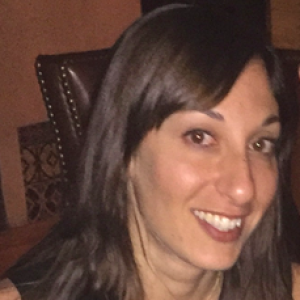