TheArmenianKitchen.com was designed to be interactive. By this I mean our readers would have the opportunity to share their family’s stories and recipes.

Our thanks to all of you who have contributed! (and please keep them coming!)

If you’ve been following our blog, you’ll know that California resident Leon Kaye (originally Kooyoomjian, he said), has been looking for a reasonable facsimile of his grandmother, Ovsanna Kaye’s, much-missed katah recipe.

We posted a katah (ashma, Armenian croissant) recipe provided by cookbook author, Dorothy Arakelian, while the Kaye family went on an all-out hunt for his grandmother’s recipe. While Leon agreed that Dorothy’s recipe was close, he was still determined to locate his family’s version.

GREAT NEWS! One of Leon’s relatives found, and sent him Grandmother Ovsanna’s recipe. As promised, Leon sent it, and the story behind it, to us to share with you.
Our thanks to the entire Kaye family and Dorothy and their enthusiastic efforts!

Here is Leon’s story followed by his grandmother’s katah recipe:

“Bread From the Past”
by Leon Kaye
“My grandmother grew up in the Sepastia region of Turkey, outside the city of Sivas. In 1915, at the age of 10, her family was forced out of their home, forced to march through the deserts of Anatolia and Syria until she finally ended up at an orphanage in Beirut. She, her sister, and two brothers were the only ones in their family who survived.

Her long journey took her from Beirut to Cuba, New York, Detroit, and finally, Fresno. In 1946, she and my grandfather opened a grocery store in Calwa, south of Fresno, which they ran for 20 years while raising my father and aunt.

Despite managing and working at the grocery store 7 days a week, she somehow always found the time to cook and bake.

One of my memories was her katah, a slightly sweet roll: crispy and browned on top, with fluffy yet at the same time, dense layers which are revealed underneath. After a weekend in Fresno, our Dodge van would be loaded with bags of food. It’s a wonder that the van made its way through Pacheco Pass back to Silicon Valley, where my father eventually settled. All of that loot was delicious: the lahmejoun, kufteh, and even her chocolate chip cookies were phenomenal and dripping with love: but what we all raved about the most, I think, was the katah, which I often took for my lunch as a kid. They were perfect in the morning, with grandma’s homemade jam!

High blood pressure took a toll on her as she reached her late seventies, and she eventually stopped cooking. She passed away in 1990. No one learned how to make the katah, but through the years it would come up in conversations during which we reminisced about her.

Twenty years later, I have decided to stop reminiscing and now I plan on baking. After this Easter in Fresno, my aunt decided to do some investigating and racked her memory. It turned out that a cousin of another aunt spent the day with my grandmother one day in 1965, and she mailed her notes to my aunt. Now I’m sharing it with you. I plan on trying it soon as a labor of love. Of course, nothing has been the same as what your grandmother made, but everything she had cooked in some form can be found elsewhere—but not her katah—nothing I have seen or tried compares.

What I love about this recipe is that it summed up the times during which she lived. There are no “organic” or “macrobiotic” ingredients in this recipe. It doesn’t matter: this beats any artisan bread you can find out there. The only challenge is that she used yeast cake, which is a challenge and I’m trying to find a substitute. If you know whether I could use regular dry yeast, please let me know.” 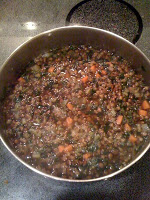 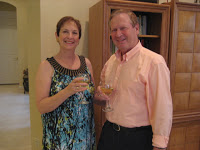 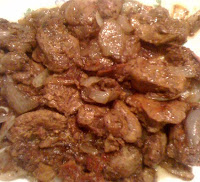