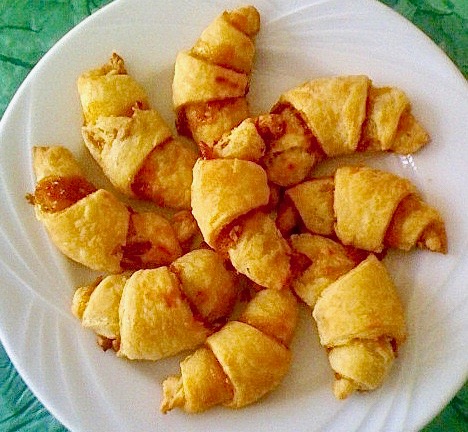 As I was flipping through the pages of an old Kalajian-family cookbook, a yellowed, slightly tattered piece of paper dropped to the floor.

When I picked it up, I realized it was a newspaper clipping – obviously from an Armenian-American newspaper. Don’t know which one, or when it was printed.

Apparently my mother-in-law saved this for a long time. She might have made the recipe, but I don’t know for sure. It certainly sounded good!

The recipe, which was submitted to the paper by Ms. Irene Guregian, of Chelmsford, Massachusetts, is called “Apricot Crescent Cookies” (Dziranamahig).

Doug discovered that Ms. Guregian still resides in Chelmsford, and with the click of his mouse was able to find her phone number. I called, and had a nice conversation with her daughter Karen. Unfortunately Ms. Guregian isn’t well, and did not recall which paper printed her recipe, but did remember that she created the recipe herself, and Karen confirmed that they are, indeed, delicious.

With Christmas just a few weeks away, I figured I’d better get a head-start on trying out this recipe. I altered it a bit, as noted below, and decided that these Apricot Crescent Cookies really are delicious! 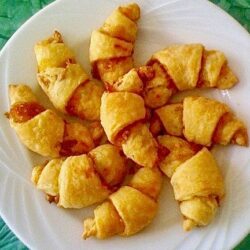 For the record: The procedure I used to make this varied a bit. Here are the changes I made: 1. I used a pastry blender instead of my fingers. 2. After making the dough, I separated it into 3 equal balls, wrapped them individually, then refrigerated as directed. I kept the other balls of dough in the refrigerator until I was ready to use them. 3. After rolling each ball into a 12 inch circle, I spread 1/3 of a 10-ounce jar of apricot preserves on the surface of the dough. 4. Then I sprinkled about 2 or 3 Tbsp. of chopped pecans over the apricot. 5. I used a pizza wheel to cut the dough into 12 wedges. The wheel made this so easy! After that I prepared the recipe  as directed. 6. Be sure to cool the cookies on a wire rack. Store in a container with a tight fitting lid.
Tried this recipe?Let us know how it was!
(Visited 447 times, 1 visits today)
apricots Christmas cookies crescent cokies 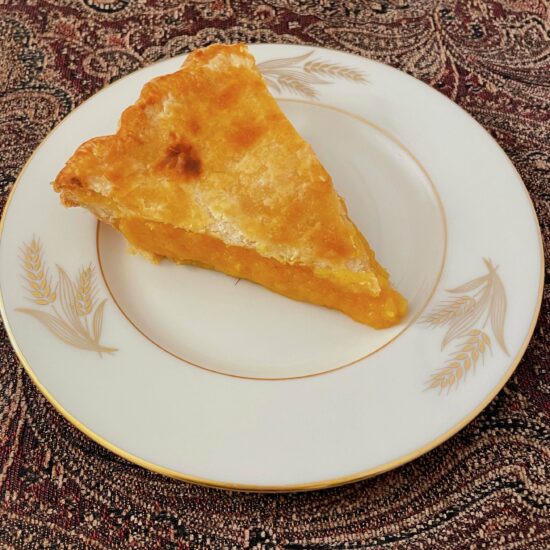 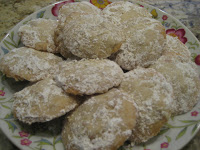