They’ll see real Armenian apricot trees in bloom and listen to the sounds of the ancient duduk, a reed instrument made of apricot wood.

What they won’t see is the behind-the-scenes tussle between China and Armenia over the apricot’s origins. It’s not exactly breaking news, as it’s been going on for at least 2,000 years.

That’s when Pliny the Elder gave the apricot its Latin name, Prunus Armeniaca, the Armenian prune or plum.

These days, most Western sources say Pliny was mistaken. The apricot, they insist, traveled west from China to Armenia, where it was discovered by Europeans.

Armenian sources disagree. CWR, the ongoing project to catalogue and preserve Armenia’s native wild crops, says apricot pits at least 6,000 years old have been excavated near Yerevan, the capital. That predates any reference in Chinese literature by 2,000 years.

All we know is that the apricot is an essential part of Armenian cuisine and culture, and a favorite flavor in our home. While we have no scientific basis to render a decision, we think any suggestion that the apricot isn’t Armenian is strictly the pits. 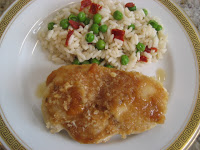