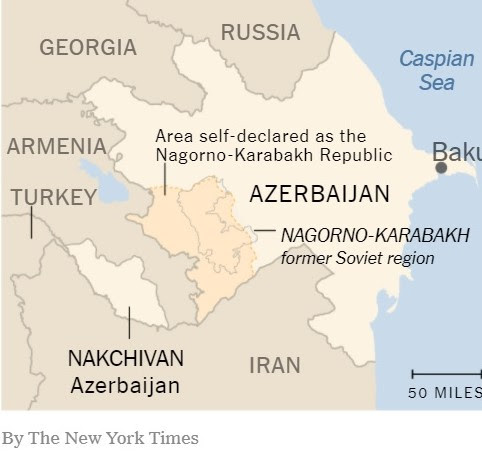 Food means far more than sustenance to every culture but the link between food and identity is especially strong for Armenians.

Scattered across the globe by the Genocide, we have adapted our menus to local ingredients but we’ve held fast to traditions that bind us to the generations that passed them down as well as to each other.

This site is dedicated to celebrating those traditions but celebration of any sort feels impossible now while the Armenian homeland is under assault.

Most Americans are probably only vaguely aware of the war in Artsakh, a region usually referred to by the old Soviet name Nagorno-Karabakh. That may be oddly appropriate, as the war itself is a tragic Soviet legacy.
The small and historically Armenian region was severed from Armenia in the early 1920s by Stalin and designated as an autonomous division within Azerbaijan. That left Armenian Christians, including many Genocide survivors, surrounded by a hostile population of Turkic Muslims.

The tenuous arrangement endured for nearly 70 years until the Soviet Union began to disintegrate in the late 1980s and Stalin’s successors loosened their grip. This led to a series of massacres of Armenians in Azerbaijan.

Like many other Soviet-occupied territories, Nagorno-Karabakh declared independence when the Communist regime collapsed and voted to join newly independent Armenia. Azerbaijan, however, claimed the territory as its own.

The result was a war between Armenia and Azerbaijan that ended in a 1994 cease fire, but the end of hostilities settled nothing. Artsakh’s independence remained unrecognized by the major powers while Azerbaijan, flush with oil revenue, rebuilt and strengthened its military while waiting for an opportunity to exert control.

There have been numerous warning signs over the years, including an extended clash in 2016. Now, despite concerns about the potentially calamitous consequences of war in the Caucuses, the world has allowed Azerbaijan to attack once again.

The war has been raging for more than a month and the results are already calamitous for Armenians. Authorities estimate that 90,000 of Artsakh’s 140,000 residents have been forced from their homes since the fighting began, and more are being displaced every day.

Three attempts at a cease fire have now failed. There is little hope that the Azeris will back down while they have the advantage, and their advantage appears to be overwhelming.

Armenia itself, optimistically three million strong, is fully mobilized in defense of Artsakh. The prime minister has called on all Armenians to join the effort, and they are responding to the call.

Azerbaijan, however, has a population of about 10 million. It is fully backed by Turkey, population 80 million, which is providing weapons and logistical support and has pledged to send troops if needed. (Russia, which many Armenians see as a potential savior, has supplied weapons to both sides.)

Azeri ground forces, meanwhile, are bolstered by mercenaries from Syria and Pakistan. They are getting air support from drones supplied by Turkey and Israel. Most distressing, Azerbaijan has attacked Armenian civilians with Israeli cluster bombs, a clear violation of international law.

I know this much because incredibly brave independent journalists have been risking their lives, although much of what they are reporting has not appeared in mainstream newspapers or on television.

A good deal of what does reach us is at best incomplete or warped by politics and profit. War is, after all, always a money-making affair for someone.

We’re fortunate to have friends who keep us informed and encouraged. Among the most valued is author and journalist Lucine Kasbarian, who has done an invaluable job placing the current war in historical context while pointing out the fallacies and failings in media reports.

Her brave brother Antranig is in Stepankert, the capital of Artsakh, filing his own reports while helping journalists cut through the propaganda.

The best hope for Armenians may lie in a successful plea for international recognition of Artsakh’s independence—really, its right to exist—and in revulsion at evidence of Azerbaijani atrocities against Artsakh’s defenders and citizens.

Armenians across the United States are making great efforts to draw the world’s attention to the truth. The best way to take part is to know that truth by staying informed.

Here are a few links that may help. 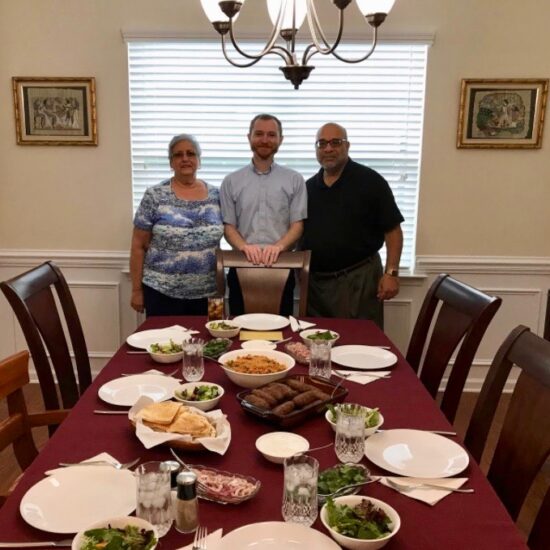 Robyn, Father Samuel, and Doug in our dining room. Once the food was blessed, it was time to dine! (Photos by Andy Kabasakalian) 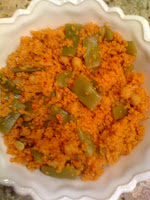