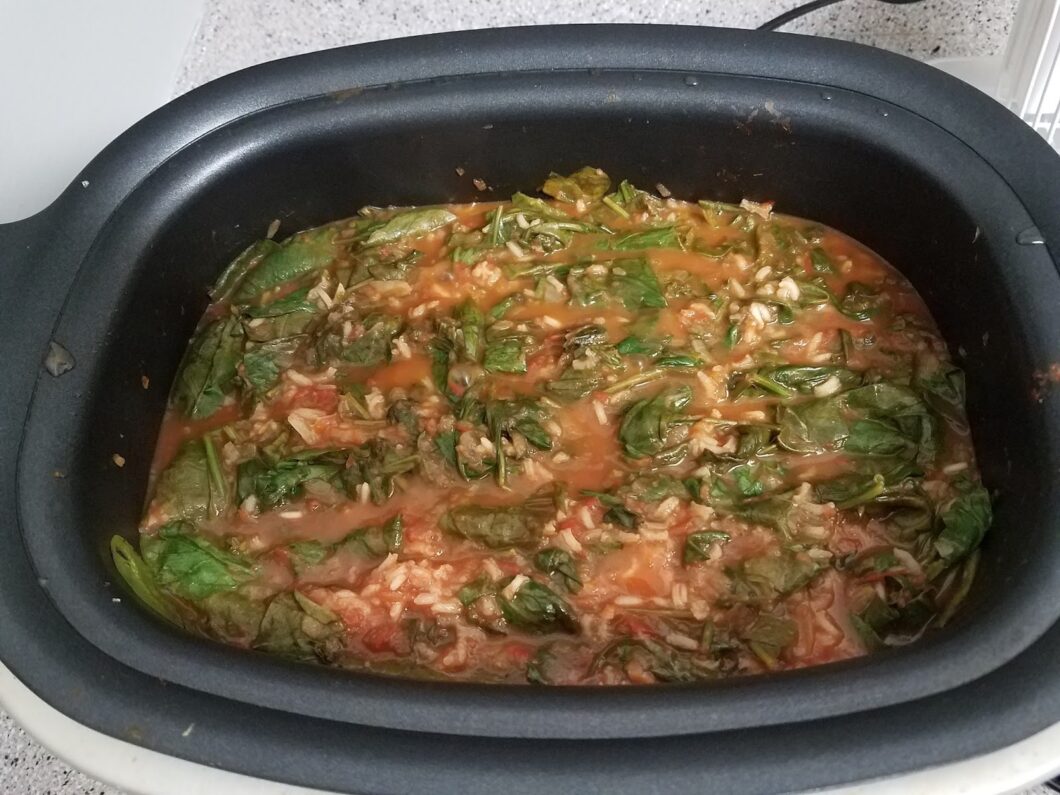 Pat and John Nashmy have been sharing their Assyrian family
recipes with The Armenian Kitchen for a long time.

During our recent move, John
emailed me to let me know his wife, Pat, was at it again. By that he meant she
was cooking a Lenten recipe, Sulkhamud, or Sour Spinach and Rice, from The
Assyrian Cookbook.

First, I’ll give you the recipe as described in the
cookbook.

Pat adapted the original recipe for use in the Ninja Cooking System,
a slow cooker, so her preparation was done in reverse. Her method appears after
the cookbook’s version.

Sulkhamud, or Sour Spinach and Rice
Serves 4 to 5

1) Added Oil
2) Browned the Diced Onions
3) Added the Rice
4) Added the Tomatoes
5) Added the Lemon Juice
6) Cover and let simmer 20 minutes
7) Added the spinach last and let cook for an additional 10
minutes
8) Adjusted by adding more lemon as we like it more on the
sour side
9) Also, no salt as the Tomatoes contained enough already