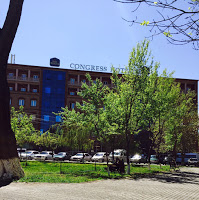 Just as we arrived in Yerevan, Doug began to feel down-right rotten due to a nasty head cold. Besides needing a good night’s sleep, he craved a bowl of steaming hot soup. Luckily for us, our hotel, Best Western Congress Hotel, had a rather nice, extremely convenient, restaurant on the premises.

Doug noticed ‘spas’ on the menu, and chose it for
medicinal purposes. It’s pretty-much the same as the yogurt soup we’d eaten as kids, so
it was a comforting choice.

Did spas cure Doug’s head cold? Well, in a manner of
speaking; he (unintentionally) passed it on to me!
Spas
–  Madzoon (Yogurt) Soup with Grains
Yield: 4 to 5 servings

NOTE: This soup may be served
hot or cold, but, if you choose to serve this cold, omit the egg yolk! Directions:
1. Cook shelled wheat (dzedzadz) in 4 cups of lightly
salted, boiling water until tender – about 25 minutes. Stir occasionally. If there is any excess liquid, drain it. Set cooked wheat aside until ready to
use.

2. In a 6-quart pot, blend together yogurt, water (or
broth), egg yolk and flour with an electric hand mixer. Cook until mixture reaches a
gentle boil, stirring constantly with a wire whisk or wooden spoon. Stir in
salt and cooked wheat; cook one minute longer.
Remove from heat.

3. In a skillet, sautė onion in butter until
soft, but not brown. Add mint, and parsley, if using. 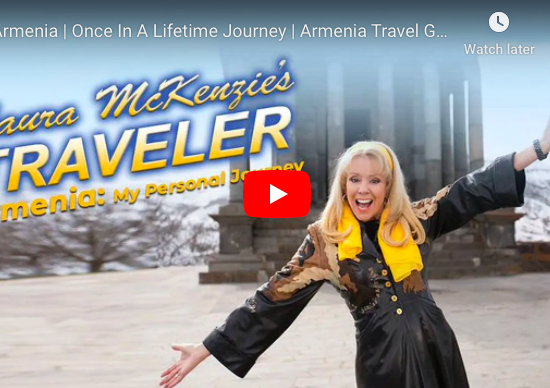