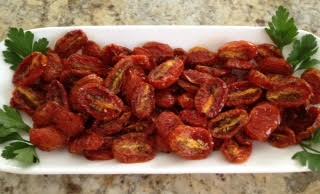 When we were very young, my sister and I would accompany our mother, grandmother, and aunt to the farmer’s market in Paterson, NJ. When the NJ harvest was at its peak, farmers would exhibit their crops in bushels alongside the railroad track. Mom, Aunt Arpie, and Nanny would walk up and down, examining the produce in every stall until they found just the right vegetables – at the right price. We’d bring home baskets brimming with red peppers and tomatoes. Nanny would begin the process of making pastes out of the tomatoes and red peppers – cutting, cooking, sun-drying, grinding, and finally storing the end result in tightly sealed jars with a pool of olive oil on top of the pastes. She’d store them in the freezer so they would last until the next harvest.

Since it’s still tomato growing season in my corner of the world, markets are offering locally grown tomatoes of every shape and size at very affordable prices.

Unlike my mother, aunt, and grandmother, I don’t buy produce by the basket or bushel, but I do tend to buy more than I need– especially grape or cherry tomatoes. They’re just so cute and sweet, I like to pop one (or more) in my mouth as an afternoon treat!

I overdid the grape tomato purchase, as I knew I would, so I decided to roast a tray-full because I know they’ll last longer, and can be used in a variety of recipes. (Oven-roasting is a lot easier and quicker than the exhausting method used by my grandmother back in her day.)

Salt, pepper and olive oil are all that’s needed to boost the tomato’s flavor – and a sprinkle of za’atar provides that extra-special flair.

NOTE: Za’atar is sold in Middle Eastern stores, or you can make your own! Serving suggestions: Eat them as they are – warm from the oven or at room temperature, or as a topping for toasted bread, or grilled meat, fish or poultry; tossed in salad; added to sandwiches, soups or stews; topped with plain, thick yogurt; mashed into a paste and use as a spread; mixed with pasta – or whatever else you like! To store: Place tomatoes in an airtight container, drizzled with olive oil. Cover and refrigerate. This should keep for about a week- if it lasts that long!
Tried this recipe?Let us know how it was!
(Visited 400 times, 1 visits today)
Florida's tomato growing season homemade red pepper paste NJ farmer's market Paterson slow roasted tomatoes with za'atar tomato paste 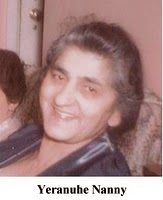 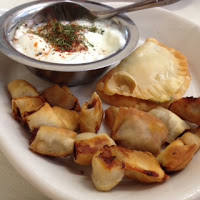