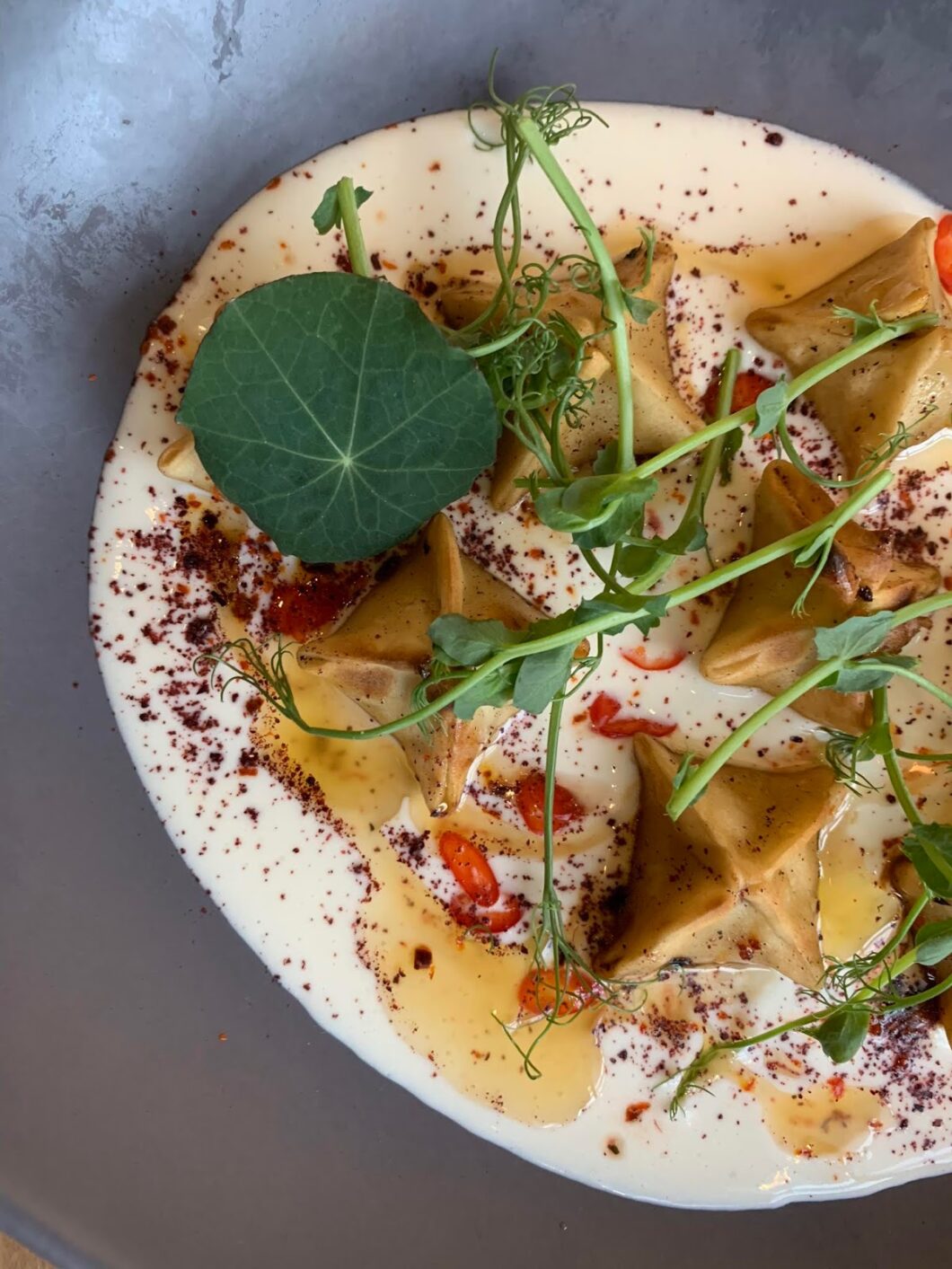 Chef Hrant's Manti as served at his restaurant, Lyra, in Nashville, Tennessee. Traditional Armenian Manti has a 'canoe' shape. Chef Hrant chose to make 'star' shaped Manti to reflect the constellation 'Lyra'.
Jump to Recipe Print Recipe
You read that correctly, folks! My husband, Doug, is a master at researching. For decades his research was related to journalism and authoring books. Now he focuses on places for us to explore in the south and area restaurants in which to dine.

That’s when he found a restaurant called Lyra, operated by chef/owner Hrant Arakelian in, of all places, Nashville, Tennessee. Upon examination of Lyra’s menu, Doug and I couldn’t get over the fact that Nashville is home to an Armenian-with Southern roots- restaurant, and that there is an Armenian community in the area as well!

Chef Hrant’s background is quite fascinating, too. Please click here to learn more about him.

When I reached out to the chef due to professional curiosity, I mentioned The Armenian Kitchen website and asked if I could share one of his recipes with my readers.

Much to my surprise, he responded swiftly and wrote that, in fact, he already knew about the website and that he had referred to it many times in researching recipes for the restaurant. So, he felt it would only be fair to give one back.

Well, if that didn’t make me blush!!

More importantly, he would be happy to share his Manti recipe.

He said they wanted a name which was appropriate for Nashville, a progressive, musical, southern city. Another factor was their son’s appreciation for astronomy. One evening, while on a camping trip, they found the constellation Lyra which represents the lyre and music.

They felt the name Lyra was a good fit between Nashville’s love of music – and – astronomy, something their family enjoys. Plus, Chef Hrant says, it’s easy for people to say and to spell when they look it up. 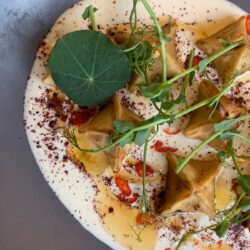 The Dough: The dough we make is very similar to a pasta dough, I have tried all the different recipes out there and found this one was the easiest and yielded the best result. 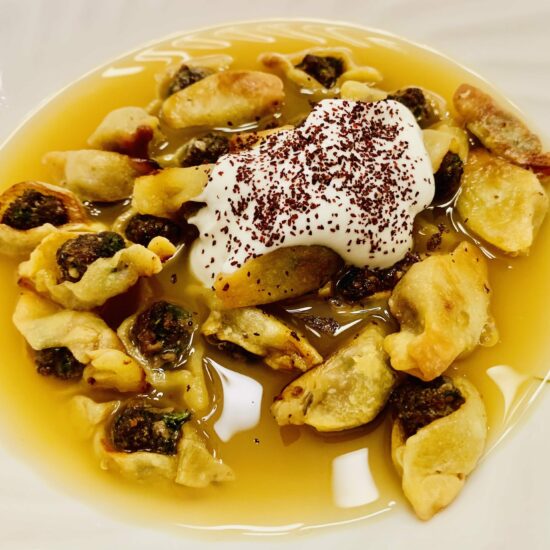