We got yet-another thought-provoking message recently on the topic of Armenian food terms that may not be Armenian in origin.

Reader Antranik posted his comments as a reponse to our blog item from last March in which we relayed Tom Merjanian’s thoughts on the subject.

Tom was particularly troubled by the common use of Turkish words for Armenian dishes, and he suggested a number of Armenian alternatives.

Unless you happened to look back at that post, you missed Antranik’s comments — and we thought they were definitely worth sharing.

Antranik writes that Tom’s comments “made me think about the Armenian language and how it had to be repurified. It had taken so many Persian words that at one point it was considered a dialect of Persian.”

Like us, Antranik learned many Turkish words for Armenian foods because his grandparents used them — although sometimes, they did offer Armenian suggestions. Zailou, for example, instead of choreg.


“The thing about food is that it will always have foreign names because each type of food has a discrete center of origin,” he continued.

“For example, eggplant — a fruit much loved by Armenians, is originally from India. there it is called baingan (among other things). As it traveled through trade routes the name changed slightly as different ears heard differently. But it is clearly still rooted in the Indian word. It went something like this: India-Persia: bademjaan. Perisa to Arabia: bathinjan. Turkey: patlican. Moors to Spain: berenjena, to France: aubergine.

“You can see these are corruptions of the original Indian name. Interestingly, the Armenian word, which I’m not sure Armenians are aware of, is simpoog, which is unique.”

Antranik goes on to note the difficulty — maybe impossibility — of assigning a single ethnic identity to any dish we eat today because they’ve all evolved as ingredients and people traveled.

“Still, I’m a proud Armenian (sometimes too proud), and I take pride in the ownership of certain dishes. Lavash pops up in fancy restaurants all over the country, which warms the cockles of heart. I always tell whoever I’m with, ‘Hey, that’s Armenian.’ “

He makes other fascinating points, too, about the origin of pakhlava and other terms. Check out the full text along with other insightful comments.

Antranik ends with the most important point of all.

“Everybody just keep enjoying Armenian Cuisine and everything will be alright.” 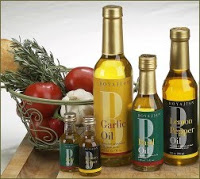