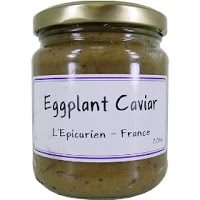 The “AZAD-HYE biz: Your Middle East Armenian Business Resource”   describes Lucine Kasbarian as:
“ a New Jersey-based writer and self-syndicating cartoonist whose comics have appeared in a number of publications including The Armenian Weekly, The California Courier, and Blogian.net. She is a second generation-born American-Armenian descendant of Armenian Genocide survivors, and the author of Armenia: A Rugged Land, an Enduring People (Simon & Schuster). Lucine was brought up in an Armenian-speaking home where humor, politics and the arts shared equal stage.”

Since Lucine contributed one of her mother’s recipes to The Armenian Kitchen, we’ll add ”cooking” to the above list!

From April 1st through the 30th, five of Lucine’s political cartoons will be displayed at an Art Exhibit: The 95th Anniversary of the Armenian Genocide in Providence, RI.  For details, click on the following link: http://www.armeniangenocide95years.com/.

In the meantime, try this recipe from Lucine’s mother’s recipe collection.

Mix and simmer, covered, for 25 minutes, stirring occasionally until eggplant is cooked but not mushy.
Chill overnight.
To serve, bring to room temperature. Serve as a side dish or as an appetizer spread on pita.