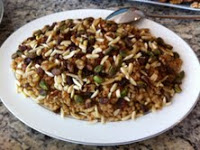 When asked what the significance was of “Agra Hadig”, I scoured
my resources. A vague recipe, and very little information was all I found.

Doug and I had never done ‘agra hadig’ with our daughter,
nor do I recall my sister doing this with her children. I seriously doubt that
this tradition was done with my siblings and me, either – at least I never
heard mention of it. I do know that “agra” means teeth, and “hadig” is a grain
dish, but that’s about it.

Modern technology to the rescue …
I discovered a wealth of information about agra hadig
from The Library of Congress, CA, with a submission by Jim Rogan,
Representative (27th District).

Here’s what is written:
“Armenian First Tooth”
“The centuries-old Armenian tradition agra hadig is
celebrated worldwide by Armenians, no matter where they live — Armenia,
Turkey, Lebanon, Iran, or the U.S. Agra means “tooth,” and hadig
refers to a traditionally cooked wheat dish eaten on this occasion. The agra
hadig celebrates the appearance of the baby’s first tooth. The mother props the
infant up on a table or on the floor and places five objects in front of the
child; the first object the baby selects predicts his or her future occupation.
Before the child makes the selection, its head is covered using a veil or a
scarf, onto which some hadig is sprinkled to signify a wish for fruitfulness.
If the child picks up a book or a Bible, s/he will be a
scholar, teacher, or clergyperson; if the child chooses money, s/he will become
a banker, financier or wealthy person; if the baby selects a hammer, s/he will
be in the building trades; a knife symbolizes a doctor or a surgeon; and scissors
foretell a life as a seamstress or tailor. In afternoon celebrations, only
females attend and only sweet foods are served. When the party is held in the
evening, males also attend, and a full Armenian buffet dinner is served.
Although merriment prevails, underlying the gaiety is a genuine concern for the
future well-being of the child, its social status and its economic prosperity.
While the first tooth sets the timing for this divinatory event among
Armenians, in other cultures, it frequently occurs when the child is one year
old. Storytelling is an integral part of “first tooth” celebrations,
and gifts are brought for the baby.”
Thank you, Library of Congress, and Jim Rogan!

What prompted me to write about agra hadig now, is that
we witnessed this event the day after our great-nephew’s christening to
celebrate his emerging teeth. For the record, our little one selected a book –
a very scholarly choice, indeed!

The following recipe was prepared by our niece-in-law (the
baby’s mother), and her mother.
Agra Hadig

(Pelted wheat can be found in Middle Eastern grocery stores)
4 cups water (more if needed)
1 cinnamon stick (NOTE: 2 tsp. ground cinnamon may be stirred
into the cooked wheat if a cinnamon stick is unavailable)
4 Tbsp. brown sugar, or to taste
About 1 c. assorted chopped nuts (almonds, pistachios, walnuts, etc.)
Any of the following:
Raisins, chopped dried apricots, pomegranate
arils, dried cranberries, etc.
NOTE: Reserve some of the chopped nuts and fruit to sprinkle
on top as garnish.
**NOTE: Wheat pelted or pelted wheat is wheat kernels that have been cleaned, pearled and polished.
Directions:
1. Rinse the pelted wheat and place in a medium to large heavy
pot. Add 4 cups water, one 3-inch cinnamon stick, and bring to a boil. Cover
pot; reduce heat and simmer on medium-low heat until the liquid is absorbed –
about 40 minutes. If wheat is too firm after 40 minutes, add some hot water and
continue cooking until wheat is tender. Discard cinnamon stick.
(Note: if using another type of grain, follow package
directions for cooking.)
2. Strain wheat through a colander. Place in a bowl,
cool, cover and refrigerate until serving time.
3. Just before serving stir in the 4 Tbsp. brown sugar,
most of the nuts and fruit pieces.
4. Arrange wheat mixture on a serving platter. Sprinkle
the remaining chopped nuts and fruits on top as a garnish.
(Visited 1,111 times, 1 visits today)
agra hadig Armenian food armenian recipes Armenian traditions pelted wheat wheat pelted 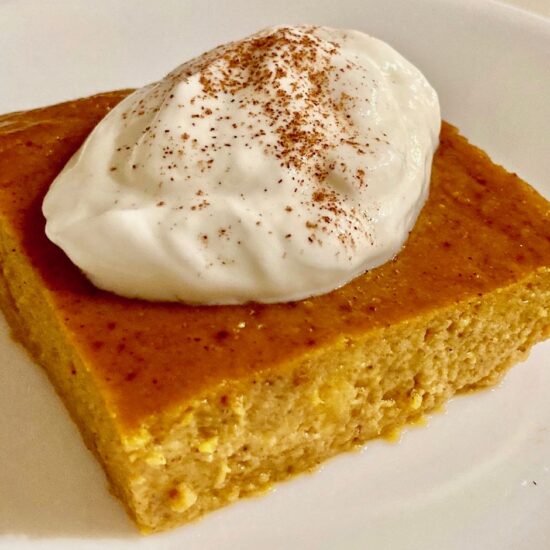