Unlike most Americans, I’ve never associated picnics with hot dogs and burgers. To me, a picnic just isn’t a picnic unless there’s some form of kebab involved.

The reason is simple: When I was a kid, I never went on a picnic with anyone who wasn’t Armenian.

The tradition of Armenian picnics in America goes back to the first major wave of immigration in the years just before and after World War One. Fleeing persecution in their homeland, many of these Armenians crowded into boarding houses and tenements in factory towns of the Midwest and Northeast where there was no place to roast a lamb — even if they could afford a lamb to roast.

Like other immigrants, they also gladly worked seven days a week (if they could find work). So a simple picnic involved a collusion of circumstances as rare as a solar eclipse: a day off, a nearby park and a bounty of food. What an occasion to celebrate!

My father was never much for nostalgia, but he once shared a poignant memory of his first picnic in America. This was shortly after arriving here in the spring of 1928, after six years in an orphanage for Armenian refugees in Greece.

He remembered that the park in New Jersey had a crude merry-go-round of the sort that children propelled with their feet. Dad was 16, but he eagerly climbed on and whirled away the time with kids half his age.

“I didn’t want to get off,” he said. “It was the first time in my life that I ever played like a kid.”

Even when a breeze of post-Depression prosperity lifted them from the tenements, many Armenians still lacked yards big enough to hold the entire family much less all the neighbors. So picnics in the park remained an important social occasion.

At left is my favorite Armenian picnic photo, a gathering of the vast Nalbandian clan (my Mom’s family on her mother’s side) in New Jersey sometime in the 1940s. This is a little before my time, but not that much so I knew almost everyone in (and out of) the frame. They’re a wonderful family — warm, fun, loving. But boy, do they look miserable?

Get a load of Uncle Hagop! I’m guessing he’d had a long week working in his grocery store and plenty to do to prepare for the long week ahead. He probably just wanted to go home and take a nap — and who could blame him?

In one of those too-strange-to-be-fiction moments, Robyn and I discovered the night we met that the Nalbandians are also her relatives (although we were happy to discover that we’re not related). It was one of the many connections and parallels in our lives.

We grew up about 12 miles apart and had remarkably similar immersions in Armenian religious and social traditions. And we both fondly remember Armenian picnics. In fact, we were undoubtedly at the same Armenian picnics at times, although we don’t remember meeting until we were adults.

I know we were both at picnics in Schuetzen Park in North Bergen, although Robyn logged more kebab time at Paterson’s Garret Mountain.

My favorite picnics as a kid were at Camp Haiastan (literally Camp Armenia) in Franklin, Mass. After a week of eating institutional food in the mess hall, campers and counselors both sprinted up the hill to the picnic grounds at the first whiff of burning charcoal every Sunday.

The food was only part of the fun. Armenian bands played, and dance lines wove their way among the tables and trees.

But my most vivid Armenian picnic memory is pre-camp, back when I was six or seven. My father drove us to Hudson County Park in his 1957 Plymouth station wagon, which had one of the world’s first in-car tape players.

Of course, it was in-car only because my father carried it downstairs and hoisted it into the back of the wagon. It was a giagantic reel-to-reel machine, the sort of thing you see now only in old movies. He’d gotten a buddy to set it up to run off the car battery.

Dad fired up the grill, then turned on the music. The sound of scratchy old Shamlian records hissed through the big machine’s speaker’s. The men were drinking Scotch, the kebabs were sizzling and everyone was clapping.

And then — boom! A thunderstorm erupted.

All around us, people were extinguishing fires and crying over half-cooked burgers. Dad and his pals picked up the grill, eased it into the back of the wagon and shut the tailgate.

We drove home with the tailgate window open, the kebabs still sizzling and Shamlian singing in the rain. 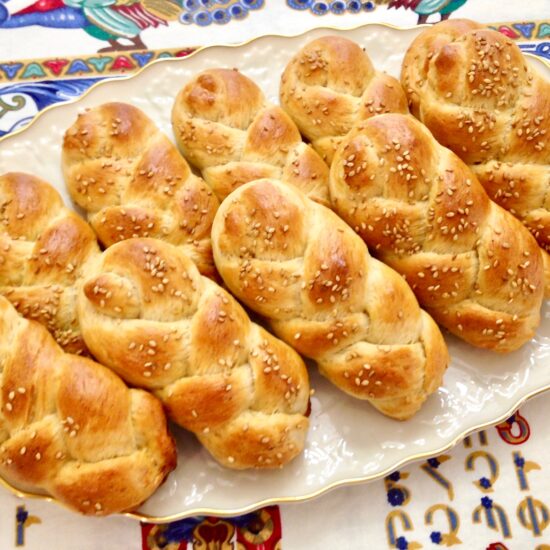 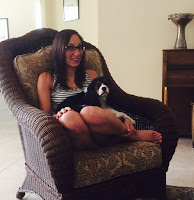