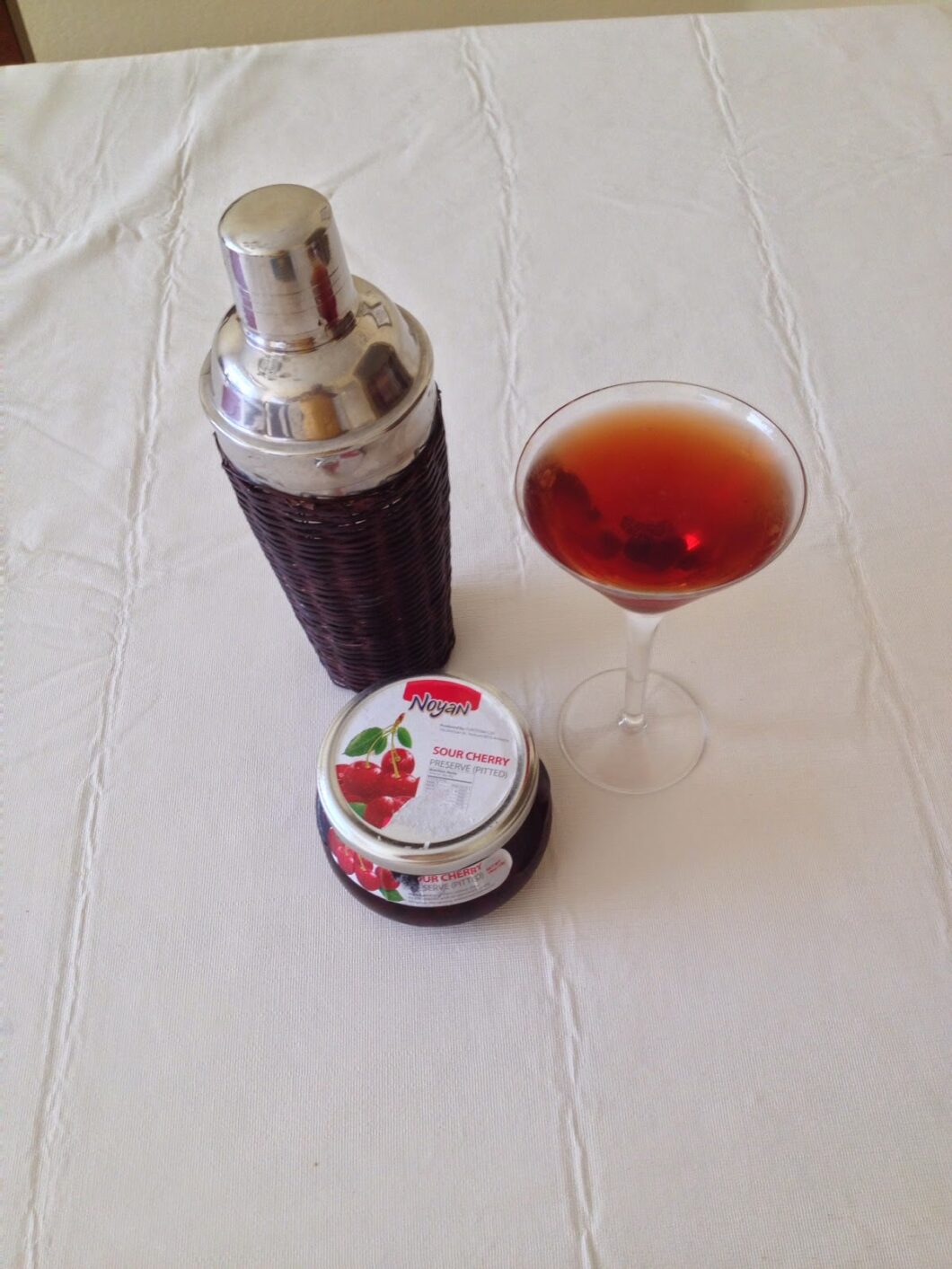 A highlight of our weekend in Naples, Florida last month was the sour-cherry
martini I drank at a Persian restaurant.
I was about to order something prosaic when I spotted the description
on the drink menu. Just reading the words “sour cherry” brought back memories
of my father.

When I was young, he tried to introduce me to sour cherry preserves, a
treat from his Old Country childhood, but I wouldn’t bite. Why would a kid growing
up in the land of Snickers want sour fruit?

Years later, as an adult, I gave in and discovered the delightful tang
of tart cherries in sugar-sweet syrup. Since then, I’ve thought of them as an
occasional breakfast treat, the perfect counterpoint to strong coffee and salty
Armenian cheese.

The martini was a bit sweet for my taste but still very good, and the
best part was waiting at the bottom of the glass: three small, preserved cherries.
Instant nostalgia! I made a mental note to renew my relationship with sour
cherry preserves when we got back home, but we failed to spot any in several
trips to our usual Middle Eastern grocery stores.
Was that a hint?

Robyn often recounts the stories of recipes that require serious
trial-and-error work and even multiple preparations. This sometimes results in both
of us having to taste, taste and taste again. It is a sacrifice that we make
for you, dear readers.

But here was a challenge I had to face alone: How to make a proper sour-cherry
martini? I had no choice but to try and sip, and then try and sip again.

Before I share the recipe, I must confess I’m no martini expert but I
do know that some people take their martins very seriously. Not me. I don’t get
fussy about my gin, mostly because I never cared much for gin.

So if you’re offended by a vodka martini, or by my use of red vermouth
in this one, beware that I’m one of those unsophisticated drinkers who thinks
anything in a martini glass is a martini. I encourage you to take my recipe as
a suggestion and conduct your own experiment.

Just remember to save some cherry preserves for breakfast.

Place a few ice cubes in a martini shaker and pour in the vodka and
vermouth. Mix in a few teaspoons of the syrup from the preserves. Shake gently
to blend. Spoon three of the preserved cherries into a martini glass, then
strain the martini mixture over them. Drink while chilled.
(Visited 288 times, 1 visits today)
Armenian cocktails Armenian cuisine Armenian food Armenian martini armenian recipes Armenian sour cherries Armenian sour cherry martini 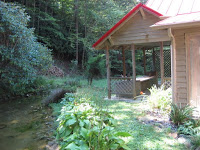 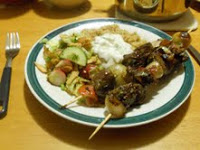