Our recent post on popular American foods created by Armenians brought back pleasant memories for George Marootian, a reader and friend.
“My paternal grandmother’s sister, Aghavni Tatosian, was married to Harry Tatosian, who founded Old London Food Products in the 1930’s,” George wrote.
“Whenever Uncle Harry came to visit us with Aunt Aghavni, he brought in a box filled with Old London products, including Cheese Doodles, Caramel Popcorn, Cheesewiches, and Melba Toast. A self-educated man, Uncle Harry was a gifted mechanical engineer who designed all of the machinery to manufacture his food products.”
As we noted the other day, Tatosian received a number of patents for his inventions. Among them was one for a machine to manufacture sugar cones, which has prompted some sources to credit him with inventing the sweet treat itself.
We don’t know if that’s the case, but we did come across some evidence that an Armenian had inspirational role in the creation of the ice cream cone. The cone’s exact origin is hotly debated, but we like this version from the obituary of one Henry L. Brittain as reported in the New York Times on Aug. 15, 1959:
“Mr. Brittain had the refreshment and soft-drink concession in 1898 at the World’s Fair in St. Louis. On opening day he saw an Armenian food vendor at an adjoining stand baking small, sweet pancakes on a griddle. The griddle was cold and the dough curled in the form of cones.
“Mr. Brittain picked up the curled cakes, inverted them over scoops of ice cream and sold them to some girls who were standing nearby. Thus the ice cream cone was born.”
Imagine how different the world would be if the Armenian vendor had been making lahmajune! 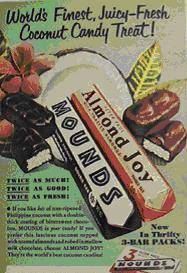