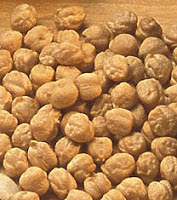 We’d been to many a hantess before, but never one like this. It started around 11 a.m. and didn’t wind down until about 10 p.m. In June, each teacher and their students performed skits, recitations, dance routines, songs – you name it.

Generations of families set up camp for the day, bringing board games, such as tavloo, extra tables and chairs, and a recipe to serve hundreds. Arsene was in charge of making the Hummus.

Doug and I figured he got off easy with this recipe, even though he’d have to make a huge amount — just open a bunch of cans of chickpeas, and throw the rest of the ingredients into a blender, small batches at a time. Voila!

We were quite surprised when Arsene cleared the car out of his garage, set up a kettle as large as a tympani, and hooked up heating elements, the likes of which we’d never seen before.

When I asked why he was going to all this trouble, Arsene looked at me strangely and replied that it would take three days to make hummus, and he needed the space to make as much as was needed. Don’t you make you hummus this way? He shuddered at the thought of making hummus using canned chickpeas. I’m sure he figured we were just being “lazy Americans.”

Doug & I looked at each other, thinking silently yet simultaneously, 3 DAYS??? Is he serious? Arsene was quite serious. He had to pick through the chickpeas for any stones or unsuitable beans, soak, strain, rinse, and cook them before he could even make the recipe.

Then he had to make tons of hummus, and refrigerate it for the flavors to blend, so it would be perfect come Hantess-time. And it definitely was perfect, a clear hit with the large and hungry crowd.


Chickpeas are low in fat, and high in both fiber and protein. They make a nutritious and satisfying addition to soups and salads. Armenians use chickpeas in many ways, but none of our favorites require anything like three days or even three hours to prepare. In fact, we’re both particularly fond of roasted chickpeas — and lazy enough to buy them already roasted. (You can find the roasted variety in Italian groceries as well as Middle Eastern stores.) They’re a healthy and filling snack that you can enjoy without guilt.


Chickpeas are also great on their own. Here’s an easy way to prepare them:


Directions:
Rinse and drain the chickpeas
Add parsley and onions
Add paprika
Season with salt and pepper to taste
Squeeze in the lemon juice
Add the oil
Toss and serve chilled.
Add fresh chopped garlic for a bit more bite! 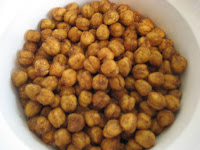 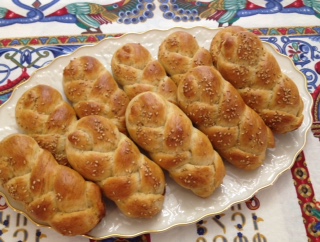