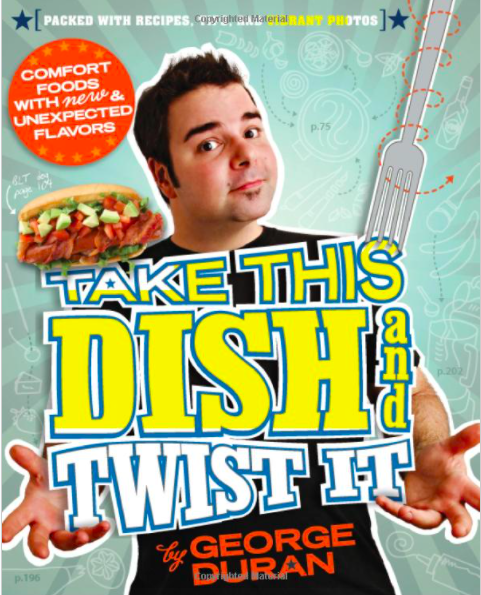 I’ve been trying to reach George Duran for the last couple of months.

With each e-mail I send, I get an instant reply stating that he’ll get back to me as soon as he’s done frying his Twinkies. I guess it takes a long time to fry Twinkies, because I haven’t heard from him yet.
NOTE: In case you don’t know, Twinkies are golden, spongy snack cakes filled with cream. These were Doug’s favorite American snack treat; I preferred Hostess Chocolate cream-filled cupcakes!)

I have to exercise patience because George has had quite a busy schedule. He was recently on an Alaskan cruise as the celebrity chef, toured the country doing Latin cooking demonstrations at various Macy’s Department stores, and lately has been seen on TV in an amusing commercial for Hunt’s canned tomatoes. If you happen to be in New York City’s Times Square, you’ll see a bigger-than-life billboard of George and the Hunt’s tomato promo. Pretty impressive!

If you don’t know who George Duran is, then you don’t watch the Food Network. I first heard of him when he had a show on that channel called “Ham on the Street.” Duran is not only a chef, he’s one with a sense of humor.

About a year ago, I read an article in the Armenian Reporter written by Lola Koundakjian that revealed Duran’s true identity. George Duran is an Armenian from Caracas, Venezuela — real name George Kevork Guldalian.
Imagine that… an Armenian chef on the Food Network! Way to go George! He attended NYU (New York University) to study communication (TV, radio, etc.) and later turned his sights to becoming a chef, getting his training in France.

Fortunately, he speaks French (and Spanish and English), got his training there, ended up on a French cable TV cooking show, and won some awards for it. Back in the US, Duran wound up with his own show on the Food Network. Not bad for a kid from Caracas.

Why am I interested in getting in touch with George? Well, first of all, he’s Armenian. Second, we both have a passion for food. And third, I am curious to know if he or anyone in his family knows my relatives who live in Caracas.

Armenian families tend to know who’s who no matter where in the world they are, and who knows, we might be related, too!

In any case, we’re proud of you , George. Keep up the good work! 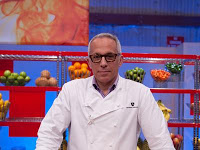 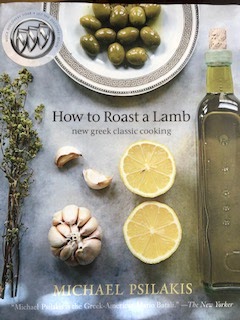