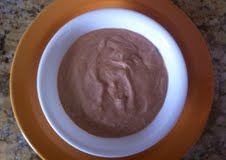 I know you’re familiar with basturma – the dried, spice-covered
meat cut paper thin, and served with pita bread or lavash as an appetizer. But,
did you know the basturma spice mix can be used to create an unusually tasty
dip? Well, it can, and I’ll tell you how.

I found a brochure called “Basturma Made Easy” in my
collection of recipes that was dated 1976. I don’t know if this came from a company or
an individual, but an address indicated it was from Cold Spring Harbor, NY. I’m
guessing my late mother-in-law, Sylvia Kalajian, sent away for it. How she
found out about it, I’ll never know.

The brochure explains how to make basturma in the
refrigerator (perhaps an item for another time). In addition, there are several
recipes including one for
Chaimen Dip.

Since I wasn’t about to make basturma, I chose to make the spice mix and try the Chaimen Dip recipe.
The original spice mix recipe yields a lot as it’s supposed to
cover a two pound cut of meat. Since I was only making dip, I cut the ingredient amounts by
one fourth, but I’ll provide both recipes.

Spice
Mix Directions:
Sift the ingredients together into a bowl. Stir until
well blended. Store in a tightly covered container, but use within one month or
else the flavors won’t be as bold.

Directions:
In a mixing bowl, blend together the yogurt, sour cream,
and spice mix. Cover and refrigerate at least one hour before serving. NOTE: You can use all yogurt or
all sour cream, if you prefer.
Serve with cut vegetables, your favorite chips, pita bread
or lavash.

Our
Verdict: The dip tasted just like basturma – without the meat! 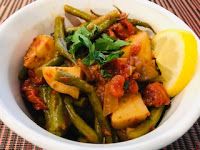 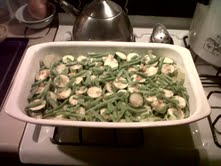