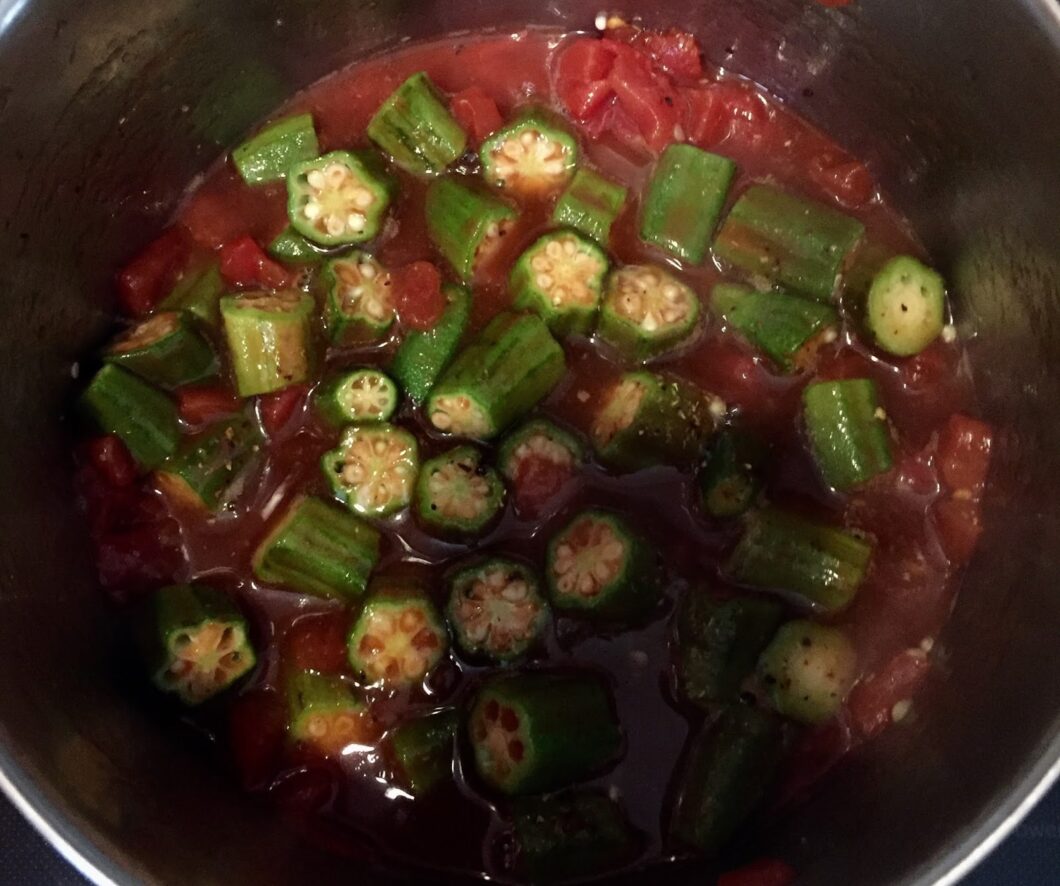 Okra was frequent fare at our house when I was growing up,
and I loved it.

I’ve since learned that I have a lot of company in many
places, including the American South and pretty much the entire Near and Middle
East.

Armenians, Greeks, Persians, Turks
and Arabs all favor similar preparations and have similar names for the
tomato-and-okra stew we call bamiya.

A notable exception to okra’s fan base is my wife. “It’s too
slimy,” she says. I discovered early in our courtship that there was no point
arguing.

I have succeeded over the years in persuading her to take an
occasional taste, but only if I assure her the batch I’ve prepared is free of
ooze. (I would never lie about anything as important as okra!)

The most enthusiastic reaction I’ve ever
gotten is, “I guess it’s OK for what it is.” It’s not hard to figure what she means, as she’s never taken
a second bite.

We rarely bother cooking anything we won’t share, so okra has
become a distant memory for me—but definitely a fond one.

When I think about the rich tomato-and-okra stew we call bamiya, I picture myself running into my
parents’ house on a cold winter evening and sliding my chair up to the kitchen
table. Nothing could possibly be as warming or comforting as a hot ladle of bamiya
poured over a mound of Mom’s pilaf and sopped up by a fat slice of fresh,
crunchy bread.

We don’t have much use for winter warm-ups of any sort here
in Florida, but this all came back to me in April on a chilly day in London, England.

Robyn and I took an unplanned cruise across the Atlantic and
booked a few days in a London hotel as a fun finale. Just my rotten luck, I
came down with the flu before the ship docked at our next-to-last port in
France. By the time we reached Southampton, my fever spiked at 102.

I don’t remember much about the two-hour ride to London,
where I spent the first two days of our three-day visit in bed. With plenty of
time on my hands, I did a bit of Yelping to see what we were missing in the
neighborhood. That’s when I spotted the Bon Appetit Lebanese Restaurant just
over a block away.

What little I’d eaten of the hotel food was OK, but we
decided something a little closer to home cooking might boost my appetite as
well as my spirits.

So I got dressed, bundled up and trudged down the street.
The restaurant was little more than a take-out counter, but it did have a few
tables in a sparse but neat back room. The friendly young man in charge assured
us that everything was made from his grandmother’s recipes. “It’s what we eat
at home,” he said.

That’s just how I felt when I scanned the menu and spotted Bammieh B’zeit: “Generous chunks of okra
slow-cooked with lamb, tomato, onion, fresh garlic and olive oil. Served with
rice.”

I not only ordered it, I ate every bit with a smile. No, it wasn’t just
like Mom’s and it didn’t cure the flu but it sure beat fish and chips!

Two weeks after returning home, we were  shopping at a nearby Persian market when Robyn
spotted a display of fresh okra. “Treat yourself,” she said, so I did. We
bought just enough for one, and I was definitely the one. My big bowl of bamiya
had me smiling again.

Before I share our simple recipe, I want to offer a few further
thoughts on okra. Many cooks who share Robyn’s aversion to slime swear that
soaking okra in vinegar reduces or eliminates the problem. I don’t much care
for sour okra, so I don’t bother.

Others recommend cooking the okra whole, or at least in
large pieces. I disagree. I find the key to reducing slime is simply to avoid
overcooking, and it helps to keep the pieces small. Okra gets slippery when it
breaks down, but it’s delightfully crisp when cooked until it’s just tender.

It’s essential to  choose young, fresh okra. Older, bigger pods
tend to be tougher and can be so fibrous you can’t chew them no matter how long
they’re cooked.

One half pound fresh okra, the smaller in size, the better!
One 1 cup  of canned diced tomatoes (including some of its liquid)
One small onion
Olive oil
Salt, pepper and ground coriander to taste

Wash and dry the okra, then slice the large end from each pod just
below the stem. Cut into half-inch pieces and set aside.
Slice the onion and saute in olive oil until lightly browned.
Add the tomato and its liquid.
Add the okra.
Season to taste, then simmer with lid on for 12-14 minutes. Check a
piece of okra for desired tenderness and cook as desired.

Meat is optional, lamb being preferred. It will take much longer to cook than the okra, so cook the lamb first and add it to the bamiya when ready.
(Visited 164 times, 1 visits today)
Armenian cuisine Armenian okra bamiya bammieh b'zeit London okra 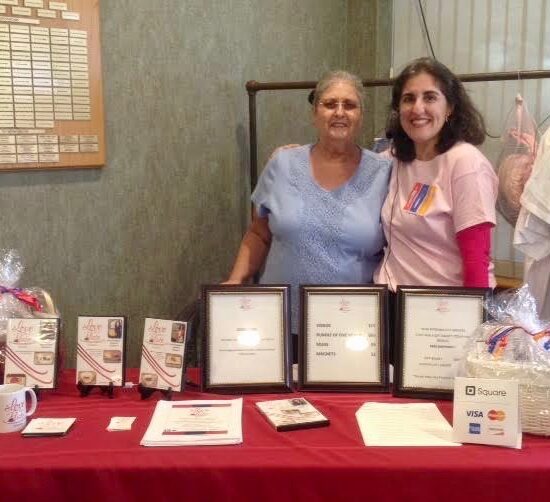 Me (L) with Lisa Kouchakdjian (R). 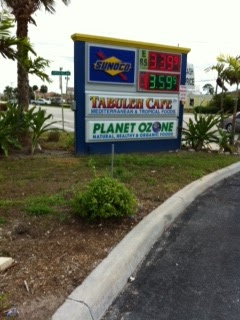